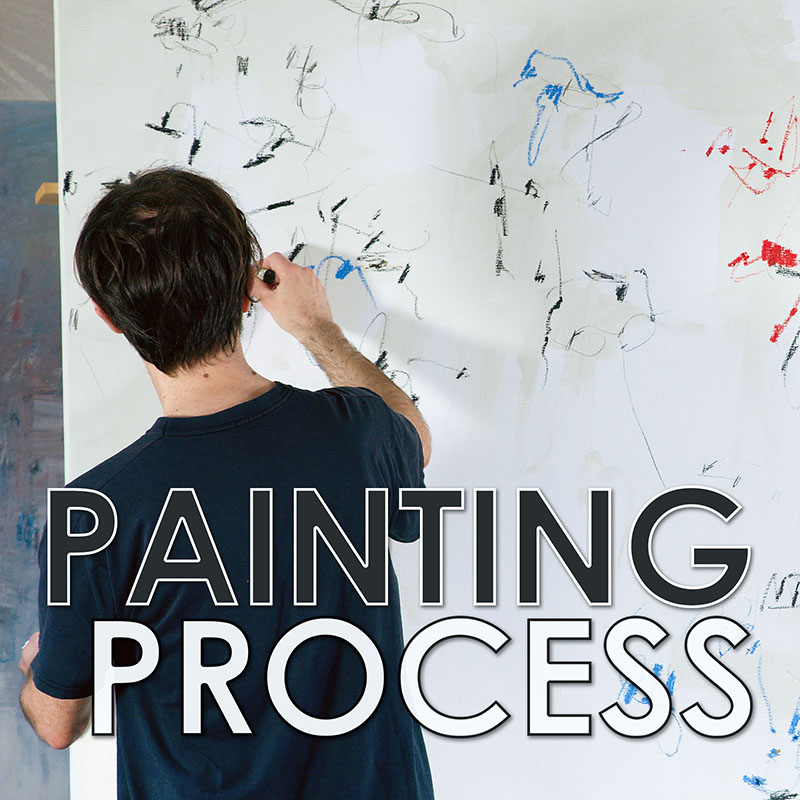 This video is an extended synthesis of the making of Scilla, a work from the Icastici series, painted between June and September 2022. After shooting some time-lapse videos in the past, I received various requests to record real-time painting sessions with a longer duration. Initially resistant to this idea, I then persuaded myself to give it a try, looking for an acceptable compromise between what was shown and what was omitted, in order not to make the viewing too long and tedious and to prevent the recording process from affecting my work. Perhaps this painting did not turn out to be the most suitable for a video like that: it reached its conclusion in a rather straightforward manner and much of the late work on bright areas and details is hardly noticeable on video. However, I hope that the end result can still be pleasant to watch.

The video is neither meant to be a tutorial nor to provide a standard painting process for mine or someone else’s works. I simply think of it as a kind of visual diary of the making of a specific painting, in a terribly hot summer.